Long time since my last post, got lazy apparently, so I'll do a quick update about the SRW-S1 part of this project (which is actually the easiest part, kind of).

So, now that the quick release hub is installed on the G27, I "just" need an adapter plate for the F1 rim.

I cut a simple piece of wood which can be placed on the back of the srw-s1, and sit between the paddles. 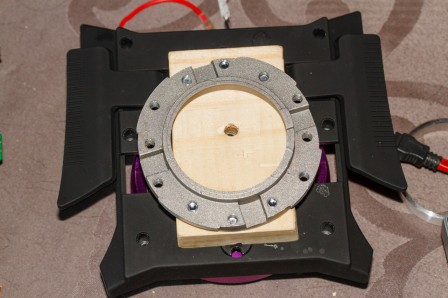 I've drilled 6 holes on it, but only 3 of them go through the srw-s1.
You have to be careful here to get the the wheel, adapter plate and quick release aligned!

You may also noticed two little things on this picture :
This wheel has 2 set of paddles: big analog ones which can be use for the clutch, and a smaller digital set for the shifter.
These paddles can be switched with each other with little modifications, so I decided to use the bigger ones as shifter (especially since I'll have no use of the analog paddles).

The second thing is the small hole in the center of the wood plate.
I'll use it later for the USB cable. I don't want any flying cable around the wheel, so the idea here is to get this cable go through the wheel shaft down to the back of the g27.
That will be the next post subject ;) 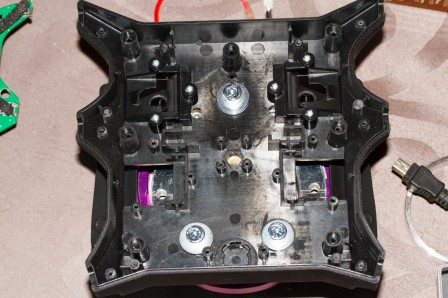 Here is how it look from the other side.
As you can see, only 3 bolts go through the wheel because of the lack of space. 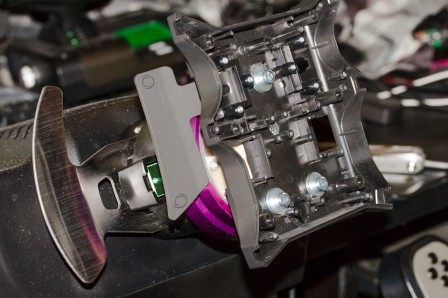 The SRW-S1 has not been made with FFB in mind, and the handle may not survive long to this kind of structural constraint.
I've read that using epoxy glue can help to fortify the fixation points of the handles, I hope this will be enough. 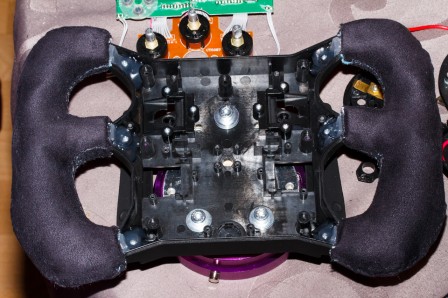 One issue I have now, is the 3 dials takes a lot more space than I expected, and doesn't fit anymore in the case with the 2 bolts behind them...
So for now, I got them removed until I find a workaround about this.

Anyway, I can reassemble everything, and try this baby :) 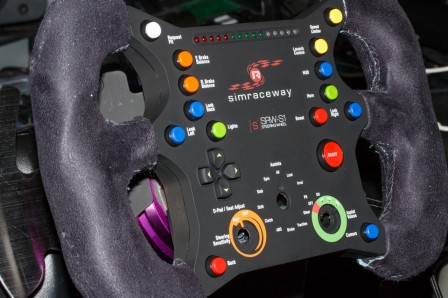 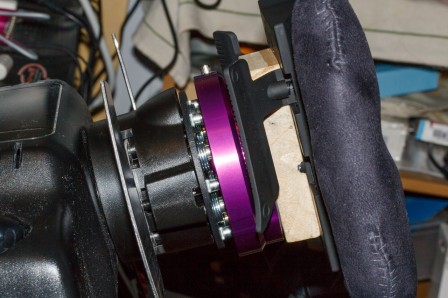 Remain the USB connection to take care about, but I saved it for next time :)

That's all for today! 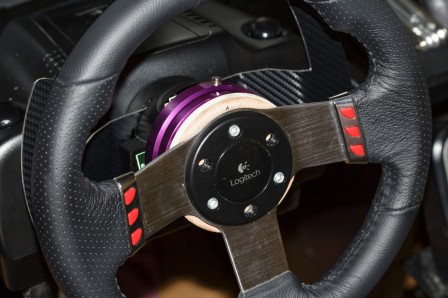 Some times ago, i started to drive the McLarren MP4-12C on iRacing, and although the stock G27 rim is a good one, i wanted something more immersive, like F1 looking rim. 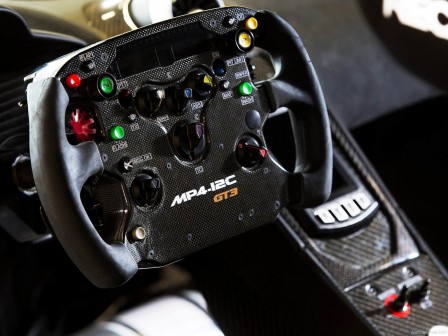 Since the G27 doesn't allow standard rim changing like the Thrustmaster or Fanatec base wheel, i also needed to find a way to fix the new rim, but not in a permanent way since i still wanted to use the stock rim eventually.

After a few googling, i found this : http://simulaje.blogspot.com.es 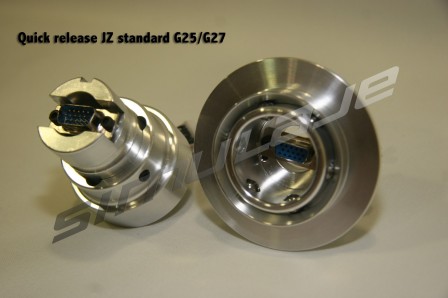 This is a really well made quick release system for the G27, and it can come with an adapter plate for the SteelSeries SRW-S1 (which is a really affordable F1 rim btw).
They also sells a few custom rims, with a lot of buttons, encoders, SLI display ... Most of them are replica of real car wheel like the HPD-ARX or the MP4-12C.

Unfortunately, this system is a little bit expensive (more than 200€ for the full QR system + the connector and adapter plate for the SRW-S1 + shipping)
That's almost the cost of a brand new G27 (and i still need to buy the F1 rim afterward).

So I've tried to find a cheaper way.
Since i know you can easily buy (or made) some g27 adapter plate for standard 6 holes steering wheel, you surely can use this plate for a standard quick release system instead.
Figured out you can find really cheap quick release hub on ebay (a little bit more than 10$, including shipping) like this one: 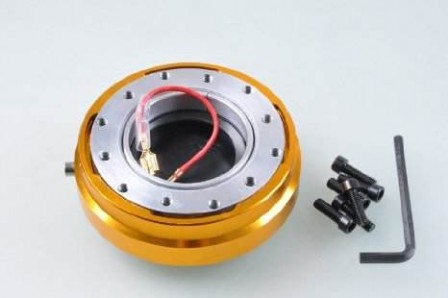 Now, for the adapter plate, there is several sellers that offer this kind of product. Among them, ignitioncontrols have an add-on plate that fit this exact same quick release hub. 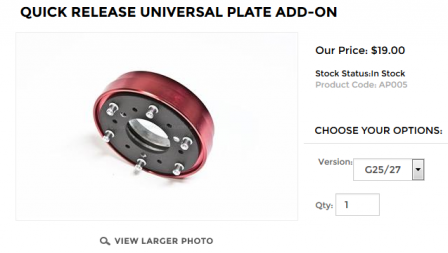 I guess this is supposed to work with the G27 Base Plate they also sell, but since it add another 49$ to the bill, I've choose to buy it alone and see if i can use it as it.

I now have everything to mount a QR hub on the G27 for less than 50$.
Except the QR hub is only compatible with standard steering wheel mount, which is not the case of the g27 wheel (nor the SRW-S1), so I'll have to craft my own adapter plate (See part II)